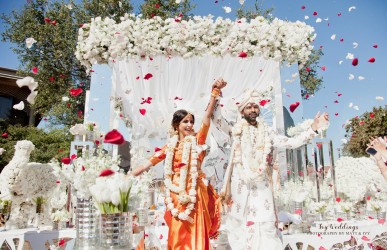 Many times, couples who opt into a Hindu wedding continue the traditions of marriage their Indian parents place upon them. While it can be inherently meaningful to continue such an important legacy in a traditional Hindu ritual, we, at The Desi Bride, believe in empowering South Asian couples to learn about and truly understand the meanings and symbols behind various Hindu wedding traditions.

Recently, we published an article about Indian Wedding Planning 101 for the modern Hindu couple. In this article, we chose to go one level deeper into the actual Hindu wedding ceremony. While each family may have specific wedding rituals, we have tried to cover the most popular Indian wedding rituals that occur in Hindu weddings. You may also see some families switch the order of some of the rituals below. Join us as we take you through the several stages of a traditional Hindu ceremony while discussing some of the more controversial Hindu wedding traditions with a certified Hindu Priest, Dr. Ranjan Ravaliya.

BARAAT PROCESSION: ARRIVAL AND WELCOMING OF THE GROOM AND HIS FAMILY & FRIENDS

In a typical Hindu fashion, the groom is never outdone by the bride-- instead, his entrance is just as spectacular and celebratory. The “Baraat,” which happens with much fanfare and celebration, ends with the arrival of the groom onto the mandap, where he is welcomed by the bride’s family. Often, the bride’s mother will guide the groom to the mandap. Tilak, a red vermillion powder, is applied to the groom’s forehead to welcome him.

Then, the groom shatters a clay pot with his foot, announcing that he has the strength and the will to overcome obstacles to be with his soon-to-be-wife and to tackle the challenges of married life. Read how this tradition is similar across cultures in our piece on fusion weddings here.

Dr. Ranjan Ravaliya, also known as The New England Priest, says the next part in a traditional wedding is often considered outdated by younger Hindu couples. Traditionally, the parents of the wife-to-be wash the groom’s feet as a part of the welcoming ritual.

“Couples don't want certain aspects that are non-compliant in terms of their beliefs. ‘If we are all equal, why should someone wash my feet or the groom's feet?’ -- those kinds of things,” Ravaliya said.

Whether you opt in to leave the traditional feet-rinsing custom or decide to forgo it is up to you as the bride and groom and your family. Bridal entrance, except make it Desi! In Hindu practice, the bride is typically escorted by her maternal uncle as opposed to her father and mother, who are already in the mandap with the groom at the time. We’ve seen siblings, cousins or even close friends escort the bride in today’s modern Indian wedding. Indian brides may choose to walk in, be carried in a palki, or under a sheet of flowers, also known as a phoolon ki chadar

All eyes are on the bride during this Kanyaagaman, as she is the first to present a flower garland, also known as var mala,  to the groom in one of the more memorable desi wedding rituals. The bride’s initiation of this exchange of flowers symbolizes that she has chosen to marry the man in front of her out of her own free will and desire. When the groom returns with a garland of his own, he indicates his acceptance and welcoming of the bride into a new family. The bride ties the end of her bridal saree or lehenga dupatta to the groom’s scarf in a literal “tying of the knot” ceremony. According to Hindu tradition, this is the physical manifestation of the two souls being tied together in holy matrimony. Often families provide their own wedding dupatta or auspicious cloth to tie the bride's and groom's clothes together, instead of using the dulhaan’s saree or lehenga dupatta.

While this symbolic knot is tied, the couple offers their prayers to Shiva and Parvati as well as to Vishnu and Laxmi, asking for their union to be as blessed and successful as the gods’ union. 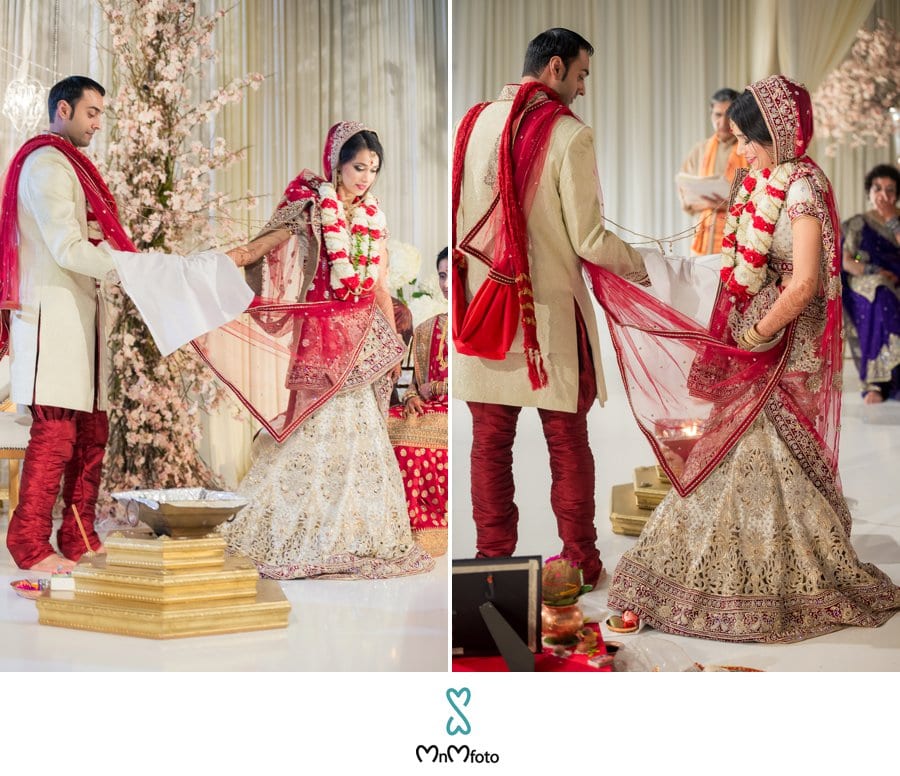 The Kanyadan ceremony (literally: giving away of the daughter) is another controversial Hindu ceremony. Essentially, the parents of the daughter place her right hand onto the groom’s and “give her” to her new husband, alongside prayers that seem to ask for his protection. Many modern Hindu couples try to opt-out of this particular ritual for its patriarchal narrative that a daughter is someone to be given away.

However, progressive Hindu Priest Ranjan Ravaliya believes there can be multiple interpretations of this ceremonial act.

“When you look at the sloka that are in the Vedic scriptures,” Ravaliya explains, “Kanyadan doesn't describe the fact that I'm giving away my daughter. The sloka has described the virtues of the daughter.”

During the “kanyadaan,” the parents are actually describing the various qualities of the daughter who is about to be married, Ravaliya says.

However, it is still referred to as the “kanyadan” because other verses and other slokas describe it as one of the five “dan”s or “donations” that the bride’s family offers. Back in the day, the other “dan”s included cows and financial resources necessary for the prosperity of a new family.

“It includes five other dans so that the family that is going to be her family as well becomes prosperous. So that is the meaning,” Ravaliya said. By this time, the Holy Fire has been lit in the mandap, and the couple is preparing to make their rounds around the wedding’s ceremonial fire. The havan symbolizes Agni, the god of fire, and allows for him to be the chief witness of the ceremony. Each of the four feras or circles around the fire that the couple takes symbolizes one crucial pillar of Hindu thought that the couple pledges to follow in their married life.

The first is for Dharma, or morality and spiritualness. The second fera symbolizes Artha, or wealth and prosperity. The third is for Kaama, a sanskrit word meaning energy, passion, and work. And the final circle the couple takes together symbolizes Moksha -- the ultimate liberation achieved through Hindu faith and self-realization. 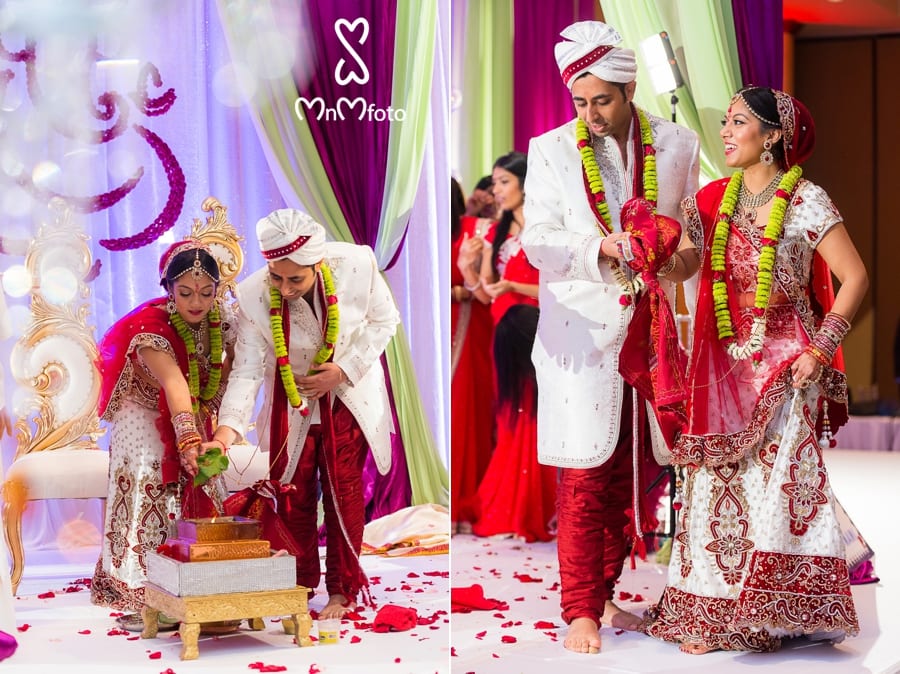 Probably the most well-known and beloved of Hindu marriage traditions, Saptapadi refers to the “seven steps” that lead the couple into their new lives together. At the beginning of each step, the couple makes a vow. Often, modern couples will add their own vows into the mix after they have said the seven traditional vows in Sanskrit.

According to Ravaliya, the traditional vows themselves are quite inclusive and broad-ranging in and of themselves.

“If you were to write them, you would be amazed at how inclusive those vows are,” she said. “ They have meanings such as taking care of the environment, taking care of children, vows of compassion, and valuing each other's growth.”

Below is how we’ve seen the “seven steps” translated. We recommend you work with your pandit to make sure you and the two families are comfortable with the vows and make minor adjustments as needed.

As women growing up in a South Asian society, red has always been a signifier of adulthood and of female power, and the sindoor ceremony is no exception. When the groom places red vermillion powder onto the bride’s head where her hair is parted, she transitions into a married woman at last. Sindoor, also known as kumkum, is traditionally made of turmeric, lime, and a hint of mercury, which produces a relaxing effect.

Most modern Hindu couples have grown accustomed to exchanging rings, but the giving of the mangal sutra still remains intact as a symbolic exchange of jewelry in the Hindu marital tradition. A mangal sutra, or a golden necklace with black beads, is clasped around the bride’s neck by the groom.

Color plays a key role in the symbolism of the Mangal sutra. The black beads are said to repel evil eyes who would want to curse the bride, and traditional necklaces must be made with 108 threads, representing one of the luckiest numbers in Hindu symbolism. In return, a bride wearing the mangal sutra her husband gifts her is said to become blessed by luck (sumangala) and grant good luck to others.

The necklace becomes a sort of amulet and a manifestation of her husband’s love and protection that keeps the bride safe from harm. Today’s Indian brides sometimes opt to work with a jeweler to design a minimalistic, modern mangal sutra that they can comfortably wear every day. 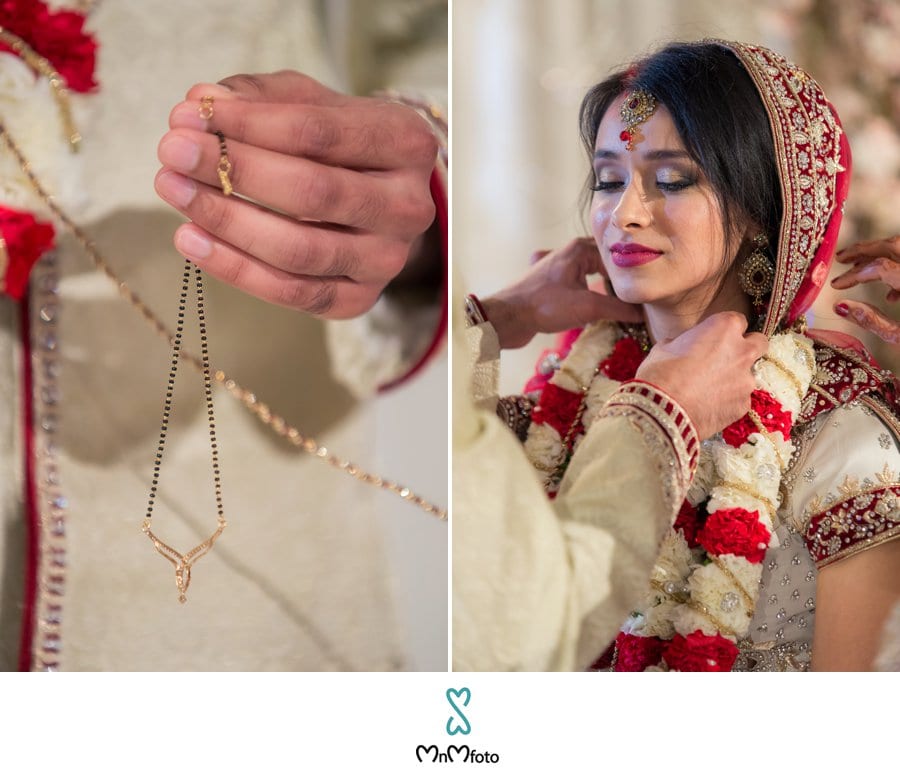 Last but not least- desserts! Just kidding. The Kansar ceremony is more than just the newlywed couple feeding each other delicious sweets. Instead, the brief but important ritual symbolizes that the two partners will be able to feed each other -- take care of each other -- in the days to come. It suggests that the groom and the bride will fulfill each other’s needs as two halves of the same whole, and often signals the end of the formal marriage rites in a Hindu ceremony.

Aashirbad, or blessings, come at the end as relatives and friends from both sides of the newly formed family come to pay respects and give advice to the new couple.

In a Desi wedding ceremony, it’s not uncommon to have married women come first during the aashirbad ceremony. Older women typically come to the right-hand side of the bride and whisper blessings and advice on how to keep a healthy relationship. If you’re looking for some real talk from a married desi woman, however, we recommend our founder’s journey on our special blog post, Shaadi is not a destination.

After the married woman offers the bride advice, the couple receives blessings from the priest, their parents, and their wedding guests. A final tradition that we didn’t mention in the rituals is the Joota Chupai, where the bride’s side steals the groom’s shoes! Before entering the mandap, the bride and groom are required to take off their shoes. The groom’s siblings, cousins, and friends will try to protect his shoes, whereas the brides’ siblings, cousins, and friends should get to the groom’s shoes and hide them somewhere safe. At the end of the wedding, once the couple is married and exiting the baraat, the groom has to “pay” the bride’s side for his shoes. The Indian wedding shoe stealing game has turned into a fun tradition! About Dr. Ranjan Ravalia: Dr. Ranjan Ravaliya, both a retired scientist and a female Hindu priestess, specializes in customized and personalized ceremonies (offered in English, Sanskrit, Gujarati and Hindi) for all occasions and locations. You can visit her profile to learn more.

Need help with planning your dream Indian wedding in Dallas, Houston or Austin?

Use The Desi Bride to find your priest 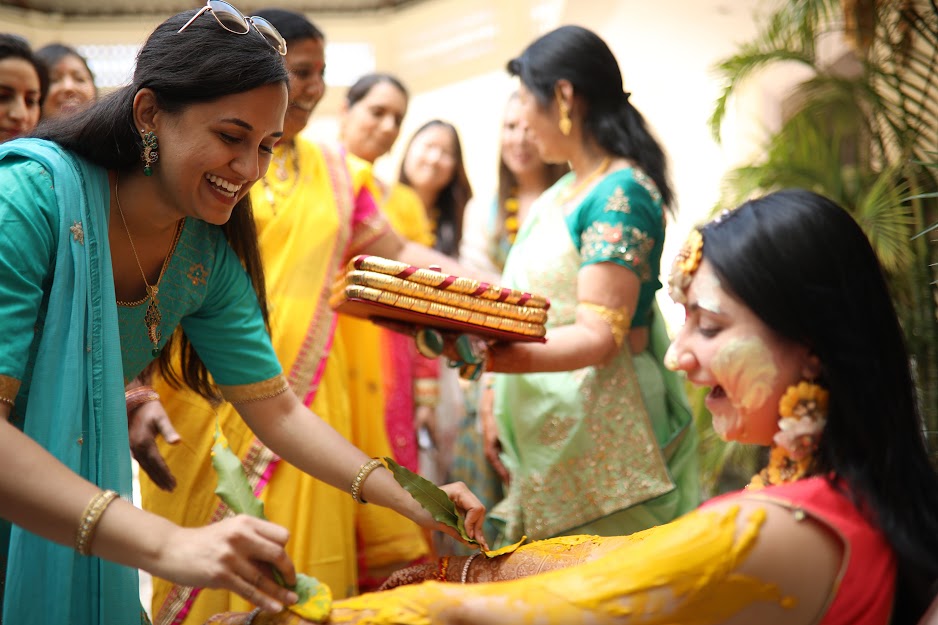 How to Throw a Luxury Bridgerton-Inspired Indian Bridal Shower

How to Throw a Luxury Bridgerton-Inspired Indian Bridal Shower

Are you View Details --> 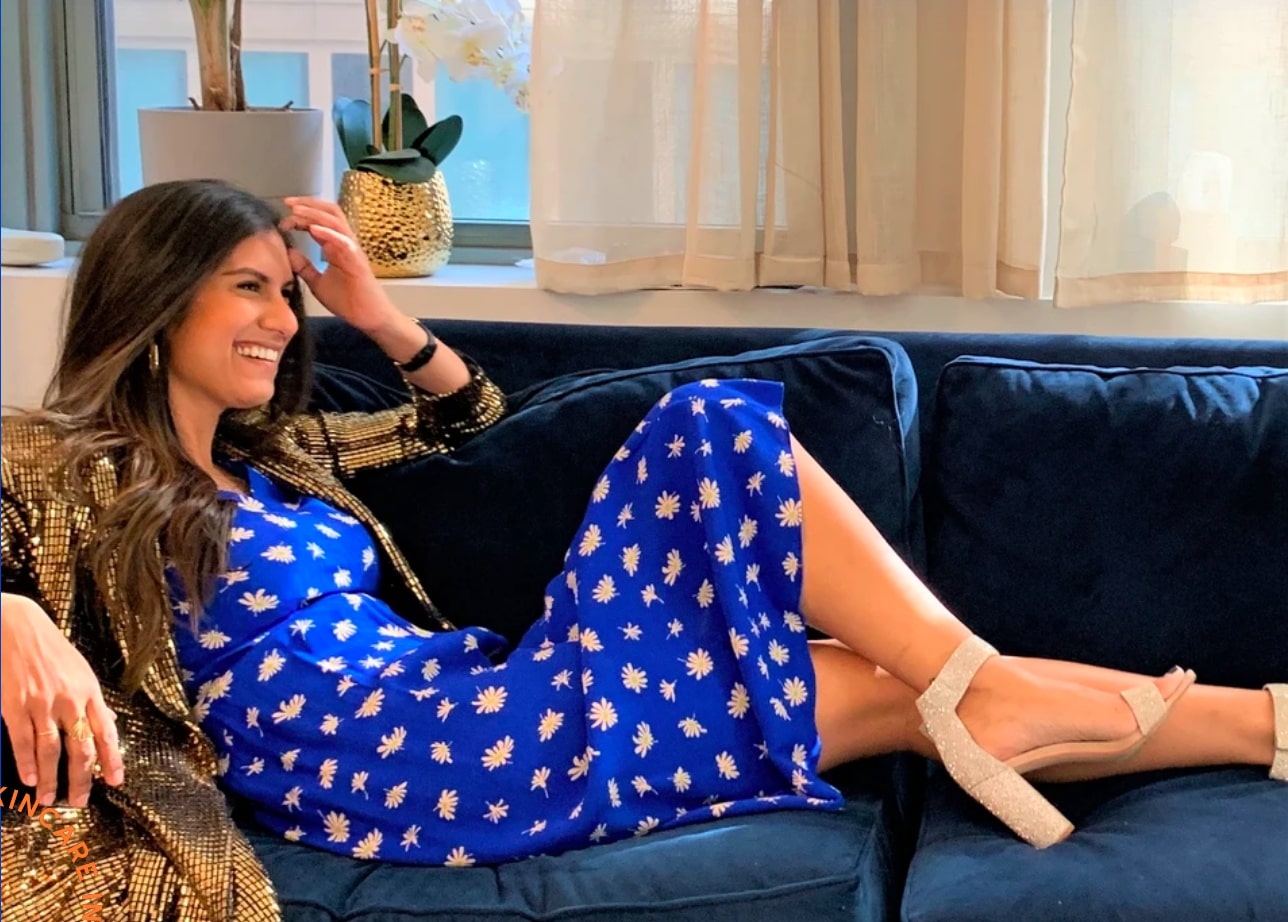 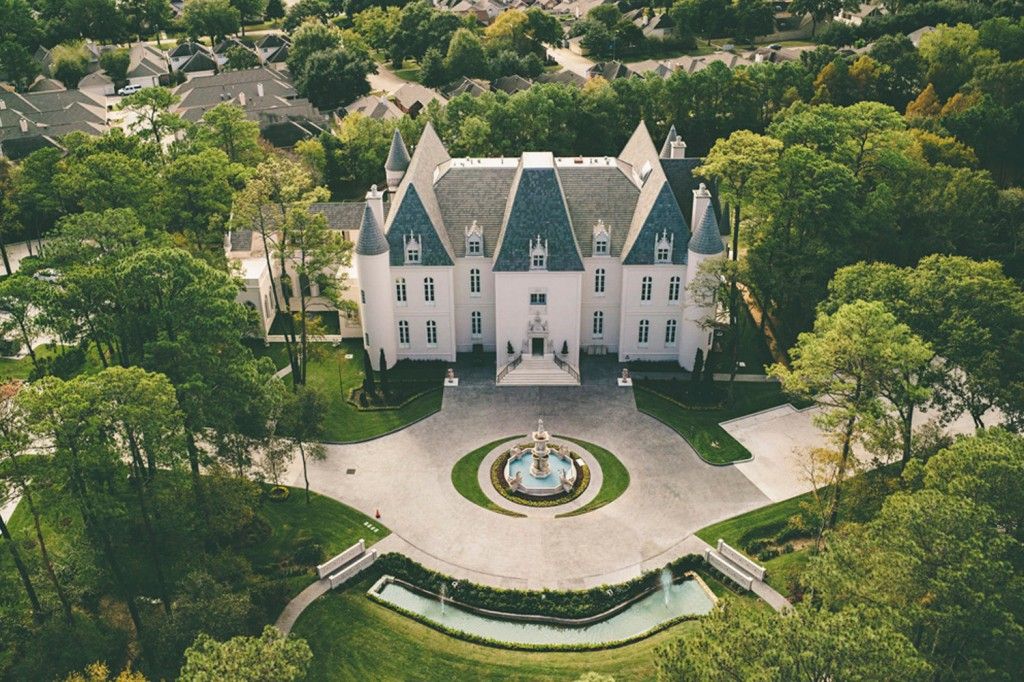 Weddings are all about the bride and groom, bu 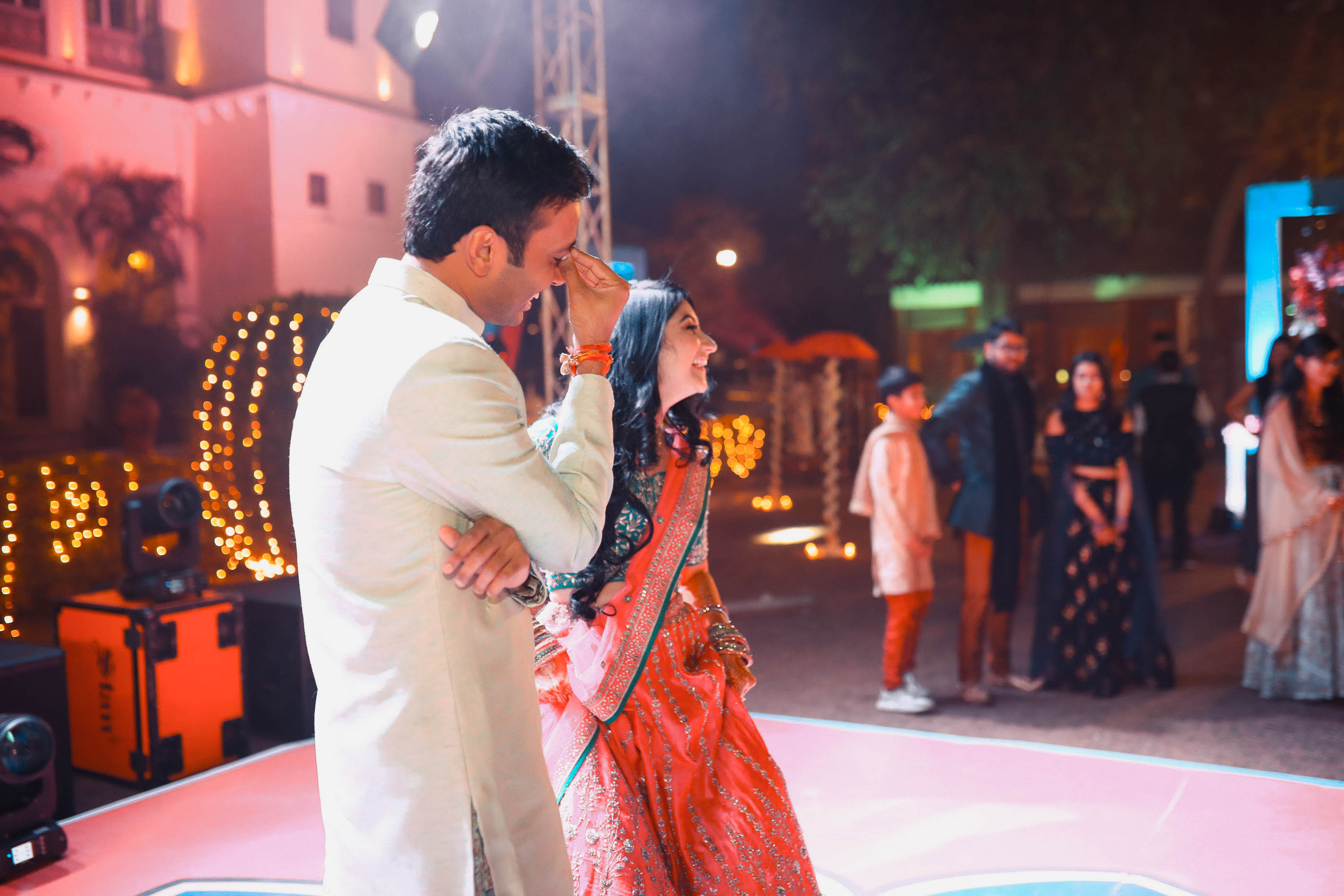 Every Indian wedding has its own drama. One of the biggest challenges we’ve seen brides & grooms face is wanting ever